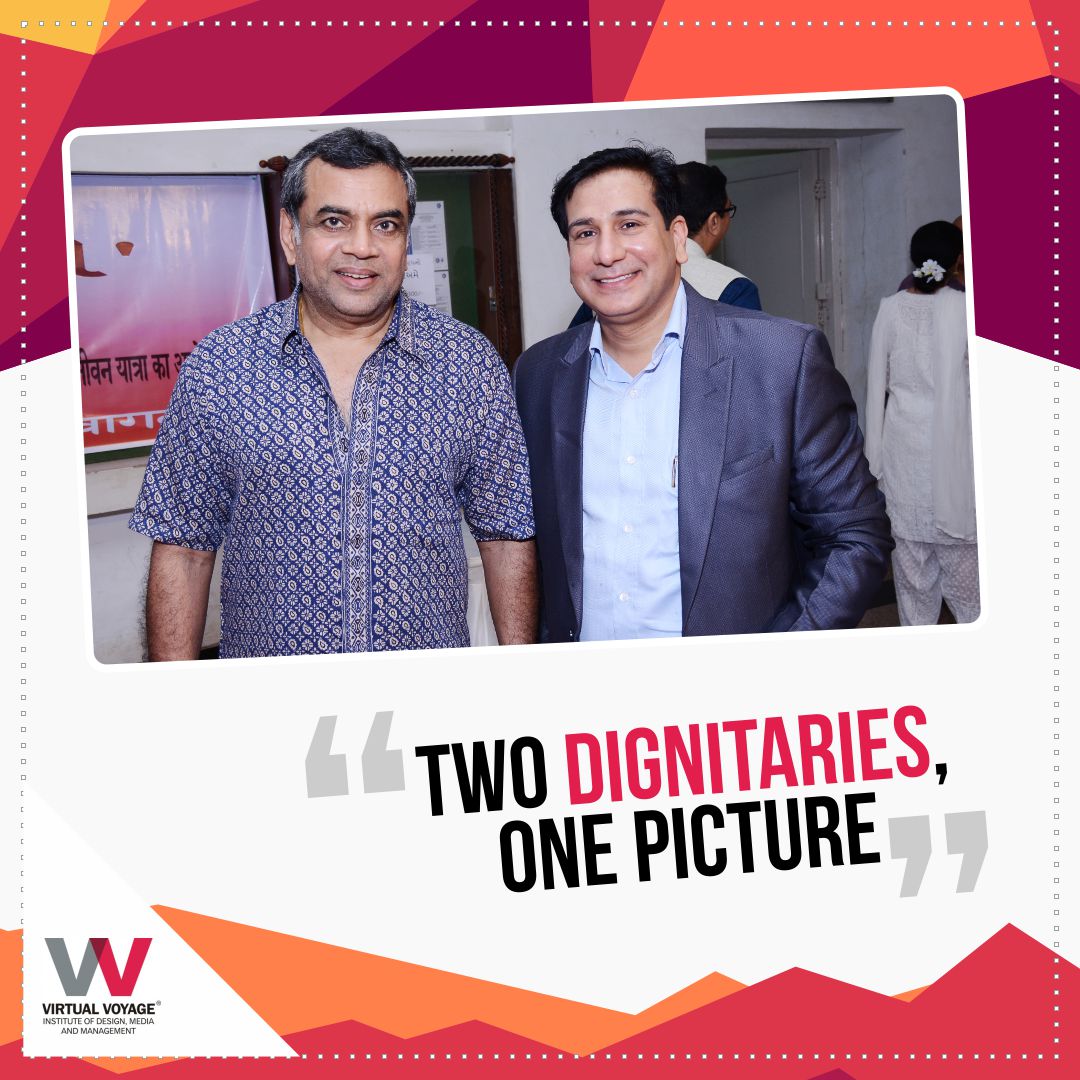 Shri Paresh Ji Rawal is not only one of the most significant actor and comedian of Indian Film Industry but he has also marked his identity in the Indian Parliament as a member of the Lok Sabha.

Paresh Ji debuted as an actor in 1985, since then he has worked in over 100 films of justifying a variety of roles alongside Bollywood legends such as Amitabh Bachan, Sunil Shetty, Akshay Kumar, Aamir Khan, Salmaan Khan, Sushmita Sen, Govinda and a lot more.

His visit to the Virtual Voyage College was a dream come true for all students pursuing Modern Day Courses related to Art, Media and Entertainment. They all were extremely excited to have him on campus and speak to him in person.

He spoke to our students about his struggle days, happy days and days that were different. Paresh Ji’s presence and aura immediately inspired all who heard him. He humbly extended his committed time and clicked pictures with the staff, faculty and students of Virtual Voyage College.

Shri Paresh Ji’s visit was an honor and we look forward to another one soon. Thank You!