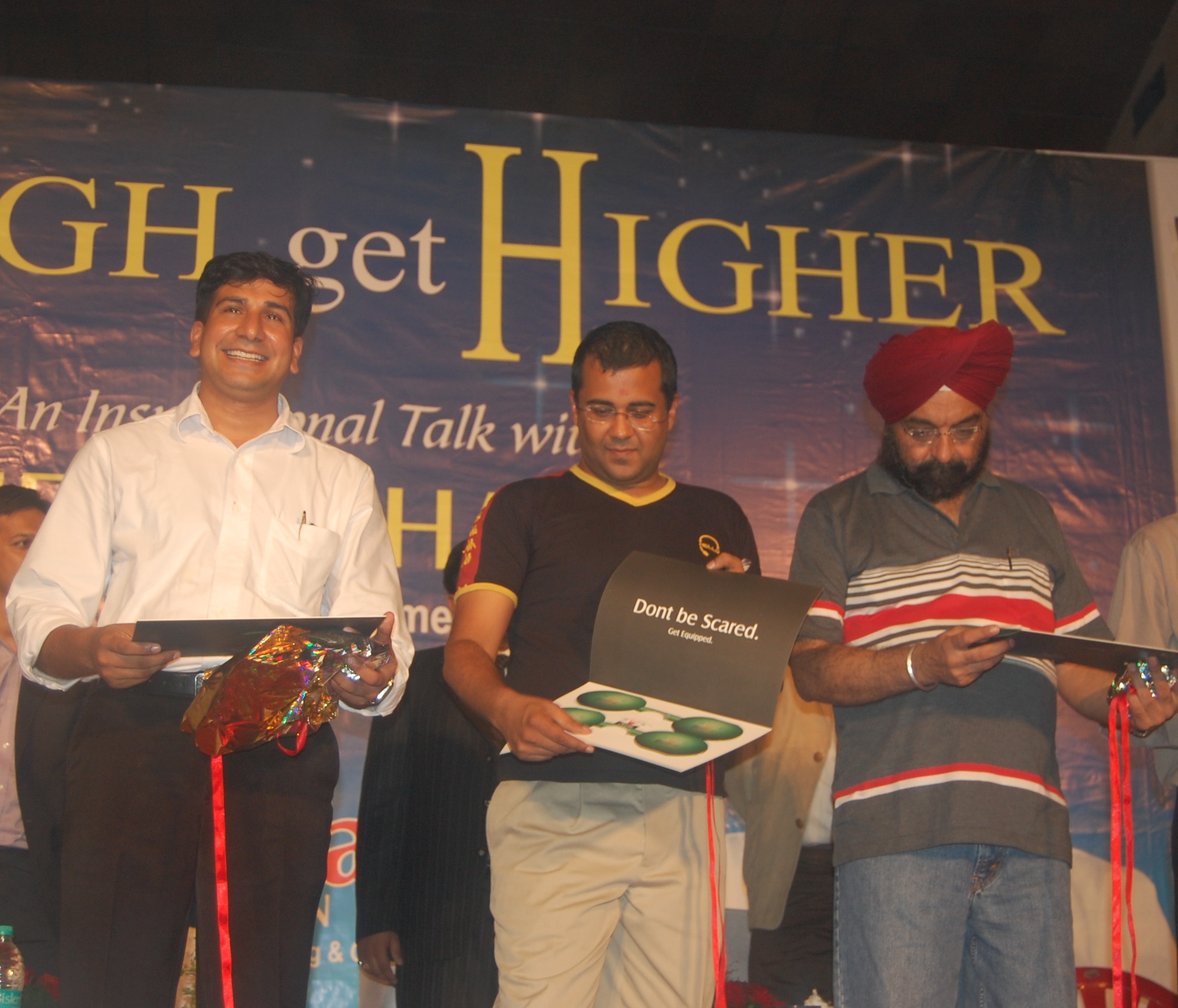 Chetan Ji’s contribution to the world of Media and Entertainment is known to all. He has penned best sellers such as ‘Five Point Someone’, ‘One Night @ the Call Center’, ‘The 3 Mistakes of My Life’, ‘2 States’, ‘Revolution 2020’, ‘Half Girlfriend’, ‘One Indian Girl’, ‘‘The Girl in Room 105’ , ‘What Young India Wants’ and ‘Making India Awesome’.

Two of these novel scripts were transformed into amazing screenplays by some of the famous directors and producers of Bollywood. He is not only a novelist but writes appreciable newspaper columns, articles on social issues and blogs on political topics. Chetan Ji has been honored with Society’s Young Achiever’s Award in 2004 and Publisher’s Recognition Award in 2005.

In 2010 he was listed among “World’s 100 Most Influential People” by Time Magazine. He visited Indore for a literary Fest; HOD of the Media and Language department of the Virtual Voyage College saw this as a golden chance for students to learn and develop. Hence, the college organized an official and guided visit to the fest and made arrangements for our students to meet Chetan Ji and feel encouraged to reach similar heights.

We would love to associate with such an inspiring figure. We look forward to seeing you at the Malhar Campus soon. Thank you! 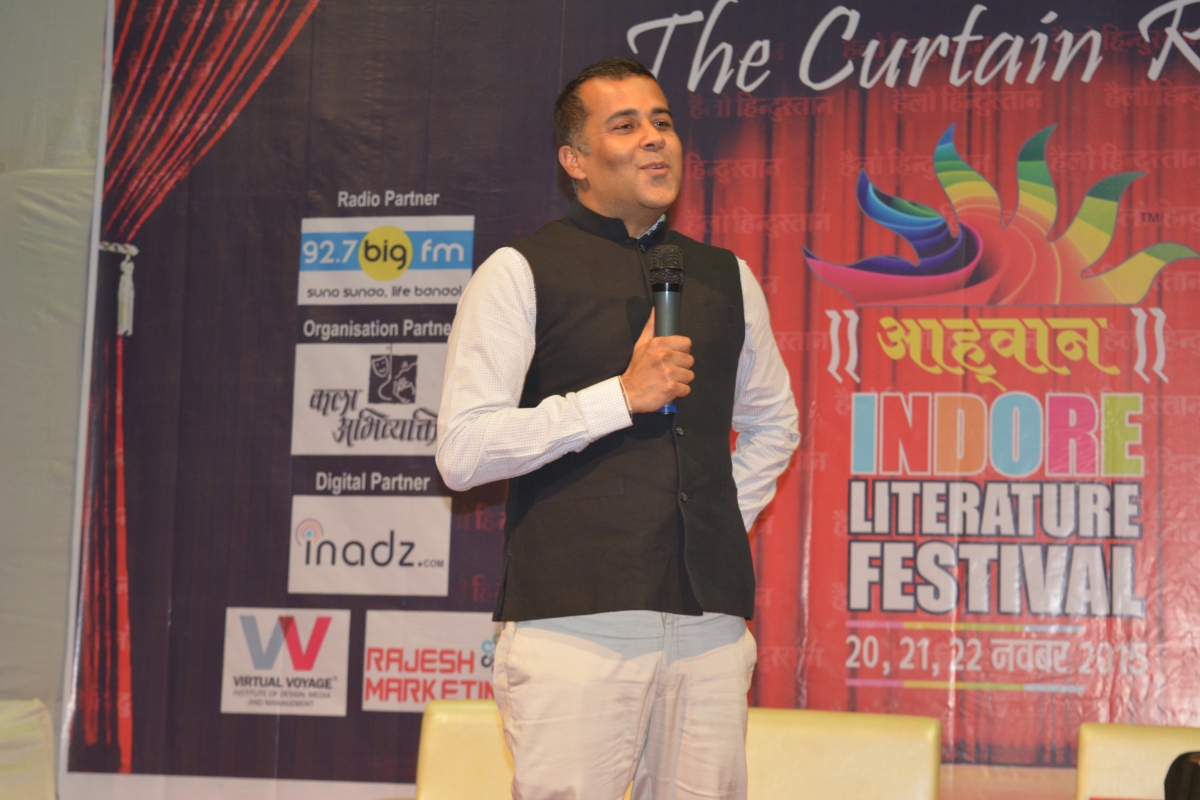 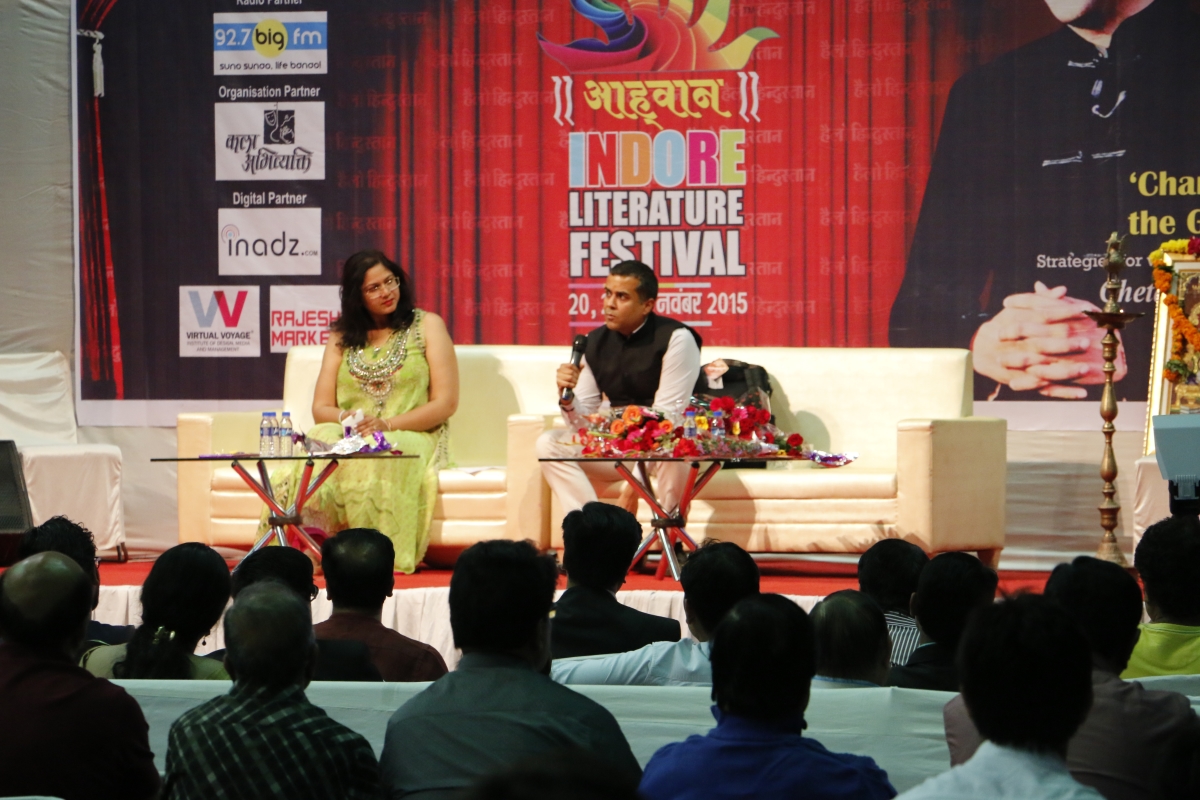 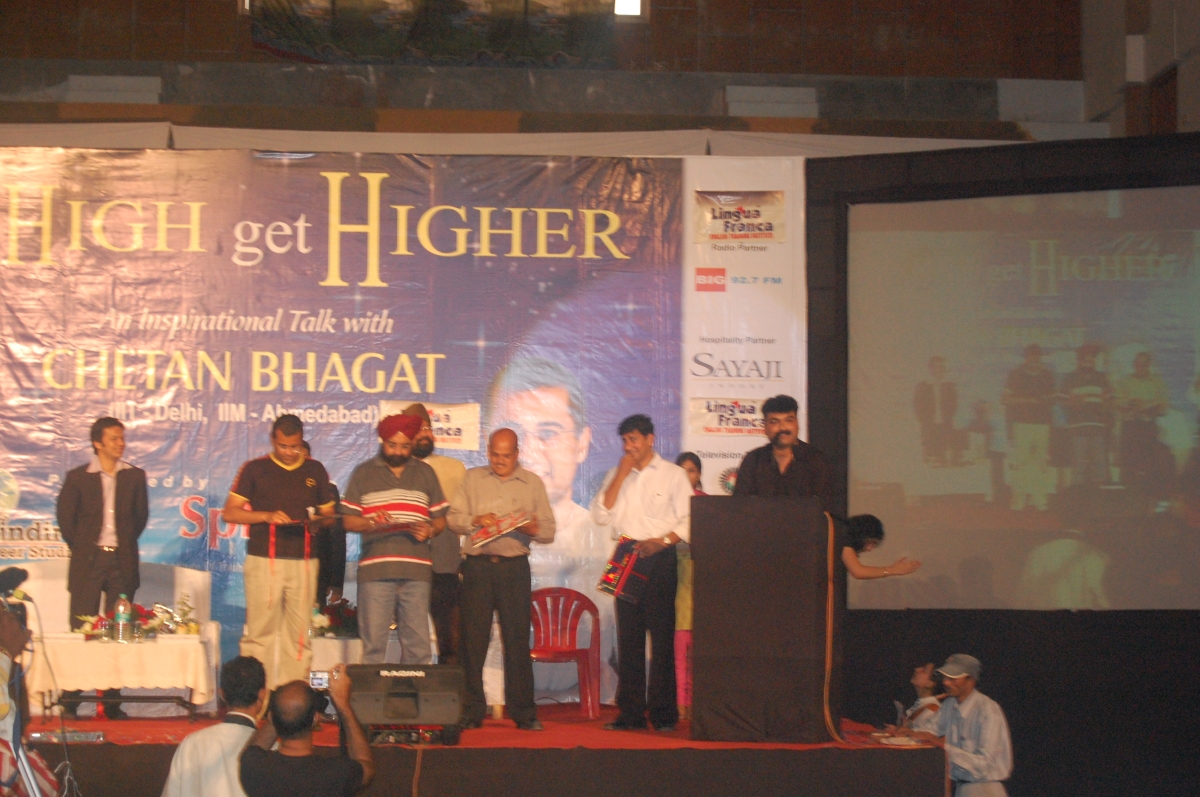